Concerned about climate change but not sure where to begin? This inaugural masterclass is a practical step forward in the urgent fight against climate change. Led by Daisy Barham and Jessica Panegyres, AEGN Environmental Philanthropy Managers, and in partnership with Philanthropy Australia, we will deep dive into our new environmental funding framework. And hear from experienced climate funders Martyn Myer AO [ the immediate former President of The Myer Foundation], Jane Thomas [The Myer Foundation] and Sue McKinnon [McKinnon Family Foundation].

In the Masterclass we will cover:

Gain the skills and knowledge necessary to strategically fund the greatest challenge of our time. If you have a friend interested in funding climate, please bring them along. Tickets are $132.00 for AEGN members and $275.00 for non-members.

Get your tickets via Humantix

Mr Martyn Myer is a prominent Melbourne businessman and philanthropist with over 25 years of experience in executive and non-executive board and chair roles in private and public companies, not-for-profit organisations and philanthropic foundations. Martyn has a long history of service to the University of Melbourne. He served on Council for 11 years and as the Deputy Chancellor.  He was a member of the Melbourne Theatre Company Board of Management. He was the Deputy Chair of the University of Melbourne Believe philanthropic Campaign Board, having served on the Board since its inception. This campaign has raised over $1 billion.

Martyn was President of The Myer Foundation from 2009 to 2020 and stepped down as Chairman of Myer Family Investments Pty Ltd in October 2016. From 2004 until 2007, Martyn was President of the Howard Florey Institute of Experimental Physiology and Medicine after serving as Vice-President from 2000 to 2004 and Treasurer from 1992 to 2000. He was a Director of the Florey Neuroscience Institutes from 2007 to 2009. In June 2008, Martyn was appointed an Officer in the Order of Australia for service to business and the community, particularly through contributions to medical research and the establishment of the Florey Neuroscience Institute and through executive and philanthropic roles with a range of organisations.

Sue McKinnon is a director of the McKinnon Family Foundation, a private ancillary fund which directs much of its funding towards advocacy in the areas of climate change, energy markets and human rights, both here and abroad. A background in finance, small business, teaching and overseas development combined with a commitment to peace and social justice, Sue is not just a funder, but an advocate and mentor who stands on the frontline with communities bearing the brunt of climate change.

Within its climate change and energy focus, the Foundation has allocated funding to a range of NGOs to cover areas as diverse as core administrative costs, particular staff positions such as campaigners or economists, media and communications strategies, legal cases, research projects, collaboration, publications, training programs, equipment, community development and events as well as support via impact investments. Both Sue and husband John use their investments as much as their giving to make the social, economic, legal and political changes necessary to achieve effective climate action.

Clare is a connector and community builder who aims to educate, inspire and activate. Previously, Clare was Next Generation Development Manager for the Art Gallery of New South Wales, and she is now focusing her energies on the climate crisis. Clare co-founded the Climate Council Heron Island research trip with Anna Rose in 2017, and subsequently the pair have co-founded Groundswell. Groundswell is Australia’s first giving circle funding strategic, high impact climate advocacy.

Clare has over 12 years experience in not-for-profit development and philanthropy. Her work promotes the idea that ‘giving’ comes in many currencies, and helps people to harness their own unique power and purpose. Clare is a Director of the Art Gallery of NSW Foundation, and on the Advisory Council for the Sydney Women’s Fund. She is also a member of the Australian Environmental Grantmakers Network and the global Climate Reality Leadership Corps. She was also a founding member of New Gen at Philanthropy Australia, and a delegate of the Nexus Global Youth Summit.

Jane is the Program Manager of Environment and Sustainability at The Myer Foundation. She has worked across the for-purpose, government and consulting sectors for 25 years. Prior to The Myer Foundation and Sidney Myer Fund, Jane was Executive Officer of Aussie Farmers Foundation, and before that worked in strategic communications and media management.

During her career, Jane has worked in a range of non-profit organisations including headspace, SunSmart at Cancer Council Victoria, the Victorian Bushfire Appeal Fund and youth homelessness charity Ladder. Jane has a Bachelor of Commerce from Melbourne University and a Diploma of Business (Governance).

Jessica’s deep commitment to nature protection and climate justice has animated her working life. She has worked in Australia and globally as a campaigner and political advocate for climate and nature, across issues including forests, the Great Barrier Reef and coal. She has driven collaborative work in these roles, most recently in the National Deforestation Alliance while Forests Campaign Manager with The Wilderness Society.

Fore more than a decade, Daisy has led a team of campaigners, organisers and policy officers to take on the key threats to nature, including climate change, tree clearing and deforestation, coal and gas mining, and overfishing. Having worked for the Nature Conservation Council of New South Wales, 350 Australia and the Australian Marine Conservation Society, Daisy has experience working with a range of small to medium environmental organisations with local, state and national reach. 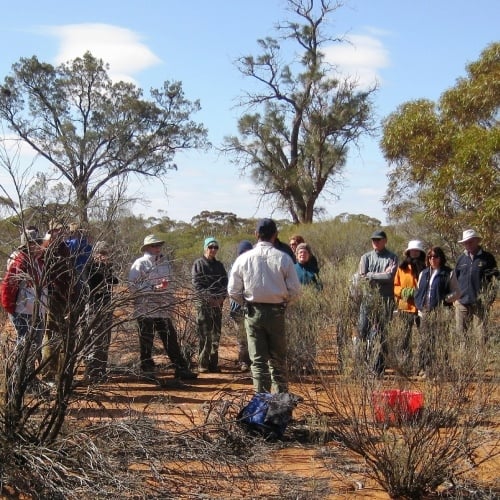