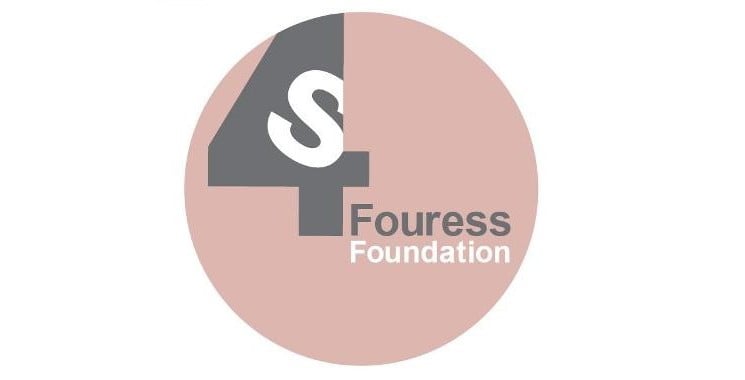 The Fouress Foundation is a private family foundation started by sisters Ginny Green, Sandra Bardas, Vicki Vidor and Bindy Koadlow. Sandra’s daughters, Elli and Belinda Bardas are now passionate advocates for the foundation, along with many other members of their extended family over three generations.  Fouress gives to children, Indigenous people, education and the environment, and employs an unusual mix of family submissions and professional support to ensure their grants achieve their objectives.

The Fouress Foundation was originally started many years ago by our mother Sandra Bardas and her 3 sisters; Ginny Green, Vicki Vidor and Bindy Koadlow.  They were investing together as a way of having a common goal and doing something together. From there they decided to create a charitable foundation as another way of having a mutual goal and they wanted to encourage all of the family to get involved.

About 15 years ago, the sister arranged a foundation workshop for all the cousins and partners.  We brainstormed a list of maybe a hundred different causes, and from that we each chose the key issues that were important to us.  The standout issues selected by us all were Children, Indigenous people, Education and the Environment. To this day they remain our key areas.

We love it when projects cross several of these areas, say education, children and environment – that’s a triple tick. One such project we got behind is Jason Kimberley’s website Cool Australia, which is a resource for primary and secondary school students and teachers that links in with the curriculum on environmental issues.  It’s an absolutely brilliant  resource, now getting to the point where it will soon be sustainable and potentially government funded.

Grassroots is our thing, where $5000 can change their world. There’s so many great ideas and people with a burning desire to make a difference, and they just need a small injection of seed funding to get it off the ground.  Our small grants can really make an impact, and sometimes even have unanticipated ripple effects – we  love that.  That first step is often the hardest for community group  and change-makers, but it’s really exciting for us, because you never know with grassroots where it‘s going to go.  We’re prepared to take that risk.

One example of the power of small grassroots grants is where we gave $3000 to The Central Highlands Alliance, run by Sarah Rees who was trying to save the Leadbeater’s Possum in the Mount Buffalo area. She had many small projects on the go at the time, one of which was getting together young lawyers who were interested in the environment, and explaining to them the most pressing problems in specific areas, and how lawyers could help.

This initial project grew into an association of engaged legal professionals called Lawyers for Forests.    Sarah then developed a further project, My Environment, which is also focused on saving Victoria’s forests but this time from a policy perspective, creating citizen action and challenging government and forestry industry practices.  She’s achieved all this with a grassroots, community-based approach and minimal funding.

We support Indigenous Land Management too – we funded the Bahmah-Millewa National Park project through Friends of the Earth, where the local Yorta Yorta Indigenous group wanted to take on more responsibility for their land, including water and land management.

We don’t accept unsolicited applications, rather all our submissions come from inside the family. The reason we want submissions from our family is that we want everyone to feel involved.  Any family member can submit an idea for a project or organization to support.  These must fall within our key areas and our guidelines, and the family member putting it forward must be really passionate about it.

We have a staff member assist us one day a fortnight, and it’s made such a difference to us, having professional help. It has elevated our standards, given us better granting criteria and processes – and we’re constantly learning. Because she is from the philanthropic sector she brings a broader knowledge than we have ourselves.

The foundation meets fortnightly with our staff member.  The grant-making takes up half the year, researching and selecting new grants, and the second half of the year is administration and follow-up on our grants, and assessing how successful we’ve been and what we might want to do next year. This works well for us.

We are starting to look at our grants more strategically now, asking – is it sustainable?  Is it replicable?  How else will it make an impact?

We used to have a three-year grants policy, but when you give to grassroots organisations that’s often not long enough. Not every project works, some drop off along the way, and our ability to give can vary, but it’s worthwhile making a commitment to support those organisations you really believe in, as a journey you are going to take together. So that’s where we’re moving  to now.

I remember at school we studied ‘Man’s Inhumanity to Man’, and one of the themes that came up in that was  ‘There is no such thing as true altruism’. At the time I thought that was wrong, but the more I think about it now there is no such thing as true altruism because it feels great to be able to help others,  and every two weeks I get to hang out with my aunties, cousins and my sister and do something worthwhile together.

Sometimes you might not see a positive impact for years, but when you do it’s fantastic, creates that internal smile. And it doesn’t just have to be in dollars. That’s one of the things we’re teaching the next generation – physical contribution is as important as the dollars, so get out there and get involved. Go and see it, smell it, touch it, feel it, absorb it.

The whole giving trend in our family really started from our grandparents Loti and Victor Smorgon. It was really important to them to give back to the community in the country that gave them so much.  There’s a family story,  where my grandparents were hosting lunch for my parents’ wedding in a hotel, and a man in rags came in selling kippahs. Papa bought one for every man at the table. After he’d gone someone asked ‘why did you buy them, he could be gambling or planning to buy alcohol?” Victor said “But he’s doing something. Let’s give him the benefit of the doubt and help. What’s 10 kippahs to me?”  So they handed that attitude down to their children, who are in turn handing it down to us, and we are hopefully handing it down to our children.