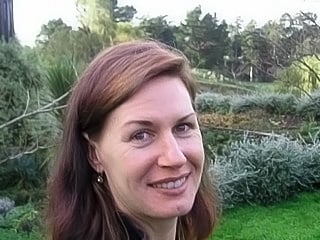 Tagged in: Biodiversity, Climate and energy

In May 2017, our dear friend and colleague, Tara Hunt passed away peacefully after a short battle with lung cancer.

Tara was an inspirational and passionate advocate for women and girls, action on climate change, protecting our natural world and supporting Indigenous communities. As a philanthropist, AEGN member and AEGN Board member Tara influenced many in the funding community to be bold and generous and to work with community organisations with respect, compassion and love. She was a natural leader and although Tara would be the last person to claim that role, many people were drawn to her good judgment, wisdom and fearlessness.

The following story is on our website as a tribute to Tara’s excellent and inspirational philosophy on philanthropy.

Tara Hunt is the founder and director of The Hunt Foundation, a small family foundation which gives to climate change and energy projects.  With a background in psychology and the not-for-profit sector, and a very hands-on approach to her philanthropy, Tara has refined her focus to be very targeted and strategic.  She is also considering spending down her foundation.

When my father died I inherited some money and decided to put some of that into a fund,  I thought that might be a good thing to do as a family, to influence the kids too. I had read an article by John Emerson about Private Ancillary Funds when they were relatively new, and decided to set up a PAF rather than just keep giving individually. From the beginning it was clear that I wanted to fund Australian Environmental and Indigenous projects as they are my two main interest areas. I prefer to work with grassroots groups because they often find it harder to get grants. Right now my focus is on the environment, especially projects that are tackling Climate Change. Over the last two years I’ve funded an Indigenous project that also attracted government co-funding. It is an online museum of the stolen generations Stolen Generations’ Testimonies. Documentary film maker Melanie Hogan, who made ‘Kanyini’, came up with this idea of interviewing the members from the stolen generation and recording their stories on film before it is too late. This generation is dying out, actually very quickly now, which makes the project even more important. I feel it is important to meet the drivers or coordinators of the projects, and get to know who they are. I believe to a large extent the success or failure of a program is to do with who is running it and who’s involved. And so I have spent a fair bit of time getting to know the people behind these projects. Maybe people don’t think they are going to make a difference in the environmental grant-making space, but in my experience it’s quite the contrary. It’s a real passion of mine as I feel we are running out of time. The Hunt Foundation has funded a wide variety of projects. The Greenpeace Sydney whaling project, which was a six week demonstration project using a boat out in the harbour with signs and slogans  about ending whaling, and it was highly effective.  We also co-funded  the Forestry Stewardship Council (FSC) to get up and running in  Australia, which was a an important milestone in sustainable forest management in Australia and has been implemented in the Tasmanian forest agreement. I’m very passionate about forests, and so I approached Rainforest Rescue about buying old growth forest in Tasmania. Initially they declined, but a few years and discussions later, they found a pocket of ancient and beautiful rain forest in Tasmania that was for sale and was originally owned by Gunns. I proposed a matching grant and put up the first half of the amount needed and they raised the rest of the purchase price. That grant was hugely successful as it not only raised awareness about Tasmanian Forests to their membership it also helped build their membership as well. I like to network with other funders, that’s why I find the AEGN invaluable. Being a member is great because it connects you with other funders and bigger foundations. You get peace of mind knowing that several bigger foundations have done a fair bit more research on the projects they recommend than I would normally do. I firmly believe from personal experience that once you do go out into the field to visit whatever project you are funding,  it might be an Indigenous art project in Arnhem Land or it might be an environmental project on Lizard Island, seeing it with your own eyes certainly is a huge motivator and educator. Going down to the Tarkine Forest in Tasmania, stopping by the side of the road and walking  just 100 meters into the forest, and then you see this devastation from logging, just hundreds of thousands of acres of burnt-out barren land. That is such a motivator for me, a terrible eye-opener.  If we could get more people down to Tassie to show them that we may be able to generate the outrage and impetus required to create change. My husband is on the Foundation board, but I make the day-to-day decisions. Our children are involved in our foundation to some extent too – our son is 18 and the twins are 13. My daughter has a passion for the green turtle, so we’re talking about how the Foundation could possibly help an organization that works with the green turtle. Legacy was certainly important to me originally, but it’s not so much now. I’ve been talking to other philanthropists and reading about what other grant-makers are doing around the world. There is a school of thought that if you give it all away now you can make a bigger impact than giving it away little by little. Also, I don’t feel my children should have to take responsibility for something that I set up. I’d like to influence people to give away more of their wealth, and I’m also a great advocate of ‘live with a bit less and have a lot more in your life, yes less is definitely more! To me that’s part of the answer to climate change. I can highly recommend philanthropy, it’s a wonderful world to be involved in. What you learn from other people – donors, experts and hands-on grass-roots leaders – is the most valuable information you can get, and the AEGN is really the hub of environmental philanthropy in Australia.