2020: A turning point for climate change?

We saw a significant shift in the global response to climate change, with a major increase in country commitments to net-zero emissions.

For those of us who have watched climate change policy for years, many are wondering: Have we reached a turning point? Is the global community finally starting to act? Yet this year, which started with Australia’s unprecedented bushfire crisis, also causes us to pause and ask: Is it too little, too late?

Here we reflect on some of the key milestones of 2020 and look to the horizon for what is coming up for 2021.

The philanthropic sector has supported many of the most important breakthroughs for climate action that have occurred across Australia this year and we will have work together like never before to turn the opportunities of 2021 into truly catalytic change.

Nature is already suffering the consequences

The year began with Australia’s worst bushfire season on record. An estimated three billion animals were killed in the fires that raged across the country. By the time the bushfires were largely extinguished, up to 17 million hectares were burnt. Meanwhile a comprehensive survey of the Great Barrier Reef revealed that half of the corals in the Reef have vanished in the past 25 years. The steepest losses in coral cover have been as a result of climate change induced coral bleaching in the past five years.

CSIRO and BOM found that Australia has already warmed by 1.44 degrees

The latest State of the Climate 2020 report released by the CSIRO and Bureau of Meteorology found that Australia has already warmed by an average of 1.44 degrees celsius since national records began in 1910, leading to an increase in the frequency of extreme heat events. The report also found a decline of around 16 per cent in April to October rainfall in the southwest of Australia since 1970.

The Bushfire Royal Commission recognised the influence of climate change

The Bushfire Royal Commission acknowledged that climate change fuelled the Black Summer bushfires, and that more dangerous weather conditions for Australia are likely to occur throughout the country in the future due to a warming climate. The report found “extreme weather has already become more frequent and intense because of climate change,” and “The summer of 2019-2020 – in which some communities experienced drought, heatwaves, bushfires, hailstorms, and flooding – provided only a glimpse of the types of events that Australia may face in the future.”

Many AEGN members rose to the challenge presented by the Black Summer bushfires and supported a range of on-ground and advocacy organisations in response.

Many AEGN members have supported organisations that have worked tirelessly at a state level to enact these policies – thank you and congratulations.

The Australian Parliament opened the very first inquiry into reaching net zero emissions, prompted by Independent MP for Warringah, Zali Steggall. The Inquiry is examining Ms Steggall’s legislation which would require Australia to reach net zero emissions by 2050 at the latest.

Woolworths became the latest corporate giant to commit to sourcing 100 per cent of their power from renewables by 2025. As the sixth largest electricity user in the country and one of Australia’s most iconic brands, Woolworths has a significant reach in to the homes of millions of Australians every week. Woolworths joins Officeworks, Bunnings, Aldi and Telstra in going to renewable electricity. What fantastic ambassadors for clean energy and climate action!

The Dawn Wade Foundation is amongst the AEGN members who supported Greenpeace’s ASX100 campaign to put pressure on Australia’s biggest companies to switch to clean energy.

A globally significant climate litigation case was settled in Australia following more than two years of legal proceedings. The Retail Employees Superannuation Trust (Rest) and 25-year-old member, Queenslander Mark McVeigh, settled litigation in respect of Rest’s handling of climate change risk. Rest was sued over its failure to disclose and manage climate change risk and, in the settlement, has agreed to commit to net zero emissions in its portfolio by 2050. The case has been widely reported internationally and been described as having implications for pension funds around the world.

The McKinnon Family Foundation and the Graeme Wood Foundation kicked off this ‘venture philanthropy’ work several years ago and have now been joined by several other funders in exploring legal avenues to avert the climate crisis.

The International Energy Agency (IEA) released the World Energy Outlook for 2020 and declared that solar power is now ‘the cheapest electricity in history’. That is pretty good news for a sunny nation like Australia! Whilst the IEA is often criticised for being too conservative in its assessments about the cost reductions for clean energy, the IEA is an authoritative and highly influential organisation. The statement that solar is the ‘new king’ of electricity markets will be noticed by many in government and industry around the world. The IEA also stated that even with existing policy settings, coal’s share in the global energy mix fall is expected to be below 20 per cent by 2040 for the first time since the Industrial Revolution.

Our biggest trading partners have committed to net-zero emissions

China, Japan and South Korea caused shockwaves through the fossil fuel investment world by committing to being carbon neutral. Combined, the three countries purchase 75 per cent of Australia’s exported thermal coal used for power generation, 50 per cent of our coking coal used in steel production, and 87 per cent of our LNG exports. China committed to net zero emissions by 2060, with Japan and South Korea committing to a 2050 timeframe.

The European Union stunned the world by announcing the EU is considering introducing a “carbon border tax” to impose a levy on goods imported from countries without a price on carbon. This would mean Australian resources and goods imported into the EU would be required to pay a levy to not disadvantage products from countries taking climate change mitigation more seriously.

Denmark is the EU’s largest oil producer and in early December country committed to end new oil and gas exploration in the North Sea as a step towards ending all fossil fuel exploitation by 2050. The European nation also cancelled a round of exploration licences, sending an important signal to industry that the oil and gas industry is coming to an end. At the time, Denmark’s climate change minister Dan Jørgensen said “We are now putting a final end to the fossil era”.

With 2020 drawing to a close, it is time to look to the year ahead. 2021 is shaping up to be one of the most significant opportunities for climate action in the past decade. Here we briefly unpack some of the biggest opportunities on the horizon.

The UN Climate Change Conference which was to be held in November 2020, will take place in November 2021 in Glasgow. This is the largest global climate gathering since the Paris Agreement was formed in 2015. Pressure is mounting on countries to bring firm commitments and action plans to drastically cut emissions. For the Australian climate movement, it is an opportunity to lift the ambition of the Morrison Government which is increasingly viewed as a global pariah.

On 20 January, Joe Biden will be sworn in as US President. One of his first acts is expected to be re-committing the US to the Paris Agreement, which is both a symbolic and pragmatic first step towards playing a more constructive global role. President-elect Biden took strong climate change policies to the election. Biden has announced former secretary of state and senator John Kerry as his climate envoy on the National Security Council sending a strong signal to the global community that the US is looking to lead on climate change.

A federal election is possible

Whilst the Australian federal election is not required to be held until September 2022, there is speculation it may be called in 2021. The Australian Government is growing more exposed in its lack of action on climate change; the global community is becoming more vocal in its critique of Australia, state governments across the political spectrum are leapfrogging the Federal Government’s policies, and the business community is stepping into the policy vacuum left by years of political point scoring.

The highly anticipated sixth assessment report from the Intergovernmental Panel on Climate Change (IPCC) will report in 2021/22. The IPCC is the United Nations body for assessing the science related to climate change, and the world’s most authoritative body on climate science. The 5th assessment report was completed in 2014 and contributed significant momentum urging countries to adopt the 2015 Paris Agreement.

New gas basins may be decided

New gas fields and basins are being considered for expansion across Australia. Of particular concern are the Beetaloo Basin in the Northern Territory, Narrabri gas field in New South Wales, Perth basin in West Australia and the Bowen Basin in Queensland. Throughout 2021 gas companies and state and federal governments will be making investment decisions about the medium to long term economic outlook for these projects. Community opposition has held the Narrabri gas project back for nine-years, keeping its gas emissions firmly underground. 2020 and the year ahead: Reflections on nature

The year began with the worst bushfire season in our history: One of the most destructive periods for Australian nature…
View detail 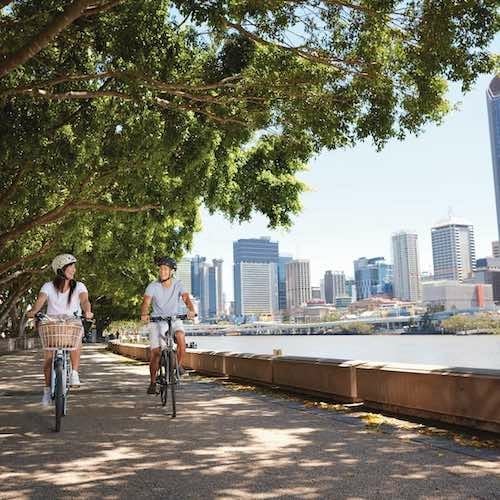 In Australia, no single, publicly available source of information about philanthropic giving exists. To bridge this data gap we have…
View detail