Tagged in
The Lord Mayor’s Charitable Foundation aims to improve the lives of Melbournians and promote positive social change.

Dr Catherine Brown is the CEO at the Foundation and shares how they are applying a climate lens.

The Foundation promotes solutions to environmental challenges. It supports research, communications, knowledge exchange including through networks, and practical projects that address specific outcomes such as:

The Foundation recognises the links between climate change and other social issues and responds in a multidimensional way.

We recognise that addressing the climate challenge is not just an environmental problem.

While we work on mitigation and adaptation strategies in our Environment & Sustainability Impact Area, we are also addressing the climate challenge in other areas of our philanthropic work — including energy efficient, affordable housing, reducing the health impacts of heatwaves and disasters by preparing at a local community level, and supporting employment projects that are part of our low carbon future.

It is about aligning a vision for a sustainable future with every aspect of our granting and impact work.

Examples of our work

The Monash Heat Vulnerability Index illustrates how certain areas within Melbourne have higher heat vulnerability. Improving the climate resilience of low-income housing clearly has flow on health benefits for people living in those areas. This has led to the Foundation launching the Hot Spots initiative with a network of health and community services in Brimbank, Dandenong and North Melbourne.

We recognise that addressing the climate challenge is not just an environmental problem. The Foundation recognises that growing demand for agricultural products, urban sprawl, climate change and a range of other threatening processes are undermining the security, health and sustainability of our food system. Food production and consumption impacts biodiversity, water resources, soils, climate and range of other critically important systems. The food system can also produce less than ideal social outcomes, including limiting access to affordable, nutritious food.

With a history of supporting food relief, the Foundation decided to fund a research driven, systems approach to addressing Melbourne’s food security. Foodprint Melbourne explored vulnerabilities in Melbourne’s food supply network, with a particular focus on Melbourne’s foodbowl (the farms in and around the Melbourne region). It also looked at food consumption, production and waste.

The study highlighted the pressure on Melbourne’s food bowl, as housing for a growing population is built on important agricultural land. A reduction in Melbourne’s access to locally grown food would increase emissions through longer supply chains, increase waste and hurt local economies and communities. It also highlighted the opportunity to protect urban farmland in close proximity to water treatment plants, and drought-proofing important food growing areas.

In November 2018, the Victorian Government committed to permanently protect strategic agricultural land in the region and a policy initiative is now underway to deliver on that commitment.

Increasing access to affordable housing is a key priority of the Foundation. Applying the climate lens to affordable housing has led to additional aspects being considered, including the location of new projects (such as close to public transport and services) and the sustainability standard of new builds. For example, the Ozanam House redevelopment has achieved 5-star Green Star rating.

The Foundation has also extended this strategy to include the running costs of existing affordable housing, including measures which increase energy efficiency and onsite renewable energy.

While most of temperature-related deaths in Australia are attributed to cold weather, heat-related health impacts are rising, causing more deaths than all other natural disasters combined. At the same time, those most at risk from temperature-related impacts, such as low-income families, are under pressure from rising energy costs.

The Foundation is increasing the energy efficiency and climate resilience of vulnerable households to reduce the cost of living, reduce emissions and provide protection from both extreme heat and the cold of winter.

Explore the relationship between your philanthropic interests and climate change. 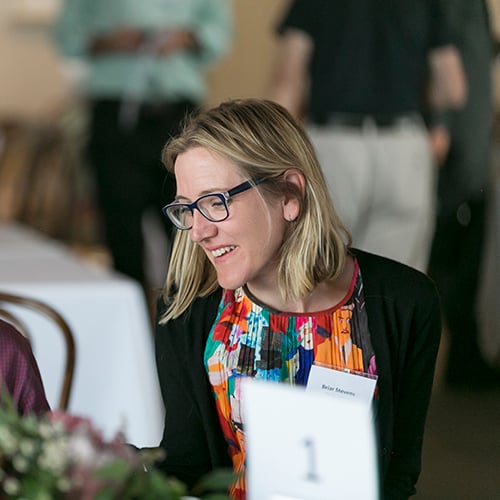 As the issue of humanity’s impact on the environment becomes ever more pressing, people are seeing it increasingly influence all facets of society and daily life, from politics to manufacturing to mining.
Read more Based in Queensland, the ACME Foundation originally had an aid and development focus. Over time, it has moved to prioritise climate change.
Read more