Tagged in
Simon Holmes à Court’s name has become synonymous with Climate 200, the fundraising platform he founded in 2019 to “climate-proof” Australian politics.

By 2022, the initiative had attracted 11,200 donors nationally, who gave more than $13 million to help seven new climate-focused independent candidates get elected to Federal Parliament — a phenomenal outcome. Does it get any better for a climate philanthropist?

“Ha! Yes, it was a self-actualising experience for many in the community independents movement,” says Simon. “They say that time, talent and treasure are the three things that people can give to causes, and at various stages in my career, I’ve had differing ability to give different amounts of those three things. Climate 200 is the combination of all of that.”

Simon began his career as a software engineer in Silicon Valley, then spent more than a decade in precision farm water management. He’s now an energy analyst, clean tech investor and a director of the Smart Energy Council and the Australian Environmental Grantmakers Network (AEGN). He’s also a long-term member of the AEGN.

Risk and reward in philanthropy

“I joined the AEGN in its second year [2009]. At that stage, I thought environmental philanthropy was about buying a block of land, putting a fence around it, kicking out the ‘ferals’ and reintroducing bilbies. That is great stuff — I’m glad people do it and perhaps it’s something the government should do more of — but it takes an incredible investment to create just a single nature reserve.

“Then at my first AEGN conference I saw a great presentation about risk and reward in philanthropy. A case study was put up about an advocacy campaign to stop land clearing in Queensland, which was at record levels, and a bunch of AEGN members were backing it [among them The Mullum Trust, The Myer Foundation, Purves Environmental Fund and The Poola Foundation, with many others]. It was only a long shot they’d win, but they did, and the results were spectacular.”

The campaign resulted in the introduction of tighter clearing controls by the Beatty Government in 2004, “saving hundreds of millions of tonnes of carbon going into the atmosphere and preserving millions of acres of habitat, all for an investment of a few hundred thousand dollars,” says Simon. “So, it was a phenomenally high return on investment. It’s the first time I thought of philanthropy in terms of a portfolio of projects with different levels of risk and return, and it’s always stayed with me.

Venture capitalists work like this, where they build a portfolio of say 10 companies; if they’ve chosen well, they know that one or two will absolutely shoot the lights out, two or three will do okay, and the rest will go nowhere. But as a portfolio, it’s still a great return. I’m much more inclined to think about philanthropy along those lines now, looking for a portfolio of actions, and Climate 200 absolutely fits into that model.

Through Climate 200, Simon seeks to tackle what he believes to be the root cause of the climate crisis — a broken democracy.

“We know what to do to tackle climate change, we know what climate action looks like, and we know we can move much faster than we are right now. But to do so we need the right people representing us in Canberra. And that’s been held back by the way the game of politics has been played in this country and elsewhere. Climate 200 is an attempt to level the playing field, so that candidates who have merit, but have been locked out of the political system, can have a fighting chance against the party machines to get elected, and represent us on these issues that matter.”

Simon’s thinking has been heavily influenced by American academic and political activist Professor Lawrence Lessig, who makes the case, says Simon, that “regardless of what you’re passionate about, no matter how much evidence-based policy you have and no matter how good your ideas are, you take your ideas to government, and they hit a brick wall because our democracies are failing us. They’re not a battle of ideas, they’re in a lot of cases a battle between vested interests”.

Lessig argues — and Simon wholeheartedly agrees — that we need to fix our democracy before we can get progress on other issues. In sum, that democratic reform is not the biggest issue, but it’s the first issue. “Whatever you’re passionate about, stay passionate about that,” says Simon, “but we all must recognise that we’re not going to get progress until we fix our democracy.”

In this federal election, we [Climate 200] caught a wave — a series of factors that all came together to make it possible. We built a great surfboard, we had it in the water pointed in the right direction, and we were paddling when the wave came, and we got to ride it all the way to the shore. With the state elections, there’ll be different waves; they might not be as big, but we’re hopefully better surfers now.

Simon is fond of metaphors. It could be they help him make creative sense of the world, or as American climate activist and author Rebecca Solnit suggests, offer tools a little more commensurate with the amazing possibilities and terrible realities we face. Either way, he’s using them to powerful effect to hone and shape his strategic thinking — including “Trimtab”, the name Simon and his wife Katrina have given to their philanthropic foundation.

“Back in 2000, Katrina and I were living and working in Silicon Valley, and a friend suggested we see a play about the life of Richard Buckminster Fuller, the mid-century engineer and philosopher. He had a series of tough experiences that led to a breakdown, and was about to end it all when he had an epiphany that he could dedicate the rest of his life to an experiment to see what one person could do.”

Buckminster Fuller likened himself to a device called a trim tab — a tiny flap at the trailing edge of a ship’s rudder that gives just the right amount of pressure at just the right time to help the rudder point a massive ship in the right direction.

Katrina and I have always been attracted to that idea, and for the most part our philanthropy backs ideas that wouldn’t happen without someone taking a risk in the beginning and helping to apply just the right amount of pressure at the right place at the right time.

Simon and Katrina’s philanthropic ventures along these lines have included support for the country’s first community-owned wind farm, Hepburn Wind, in Central Victoria; the Victorian Wind Alliance (now the RE-Alliance) advocating for an energy transformation that delivers long-term benefits to regional Australia; strategic funding of advocacy that helped bring about the Victorian Renewable Energy Target, policy that has significantly increased the proportion of electricity generated in Victoria from renewable sources; and OpenNEM, a data tool that helps journalists and advocates tell the story of Australia’s remarkable energy transition.

Right now, Simon is keeping a close eye on the lead up to the New South Wales State Election in March (Climate 200 supported three climate-focused community campaigns at last month’s Victorian State Election that came within hundreds of winning) while continuing to support a range of other environmental projects. “I grew up in a culture of philanthropy; that if you are able to make positive change, then you have an obligation to do so,” says Simon. And so, his work continues. In this critical decade for nature and climate, there’s no time to waste. A funder's progress: from empath to strategist 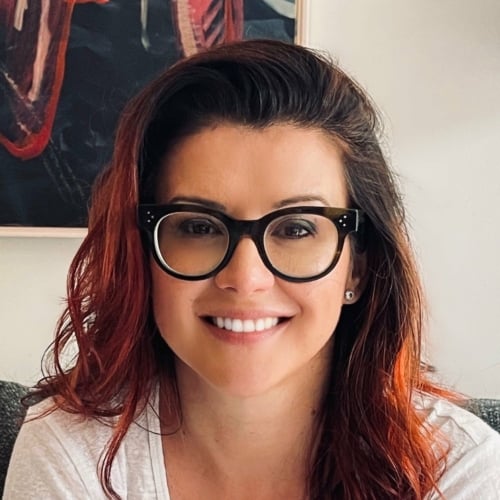