Tagged in
For the Pallin family, an attachment to nature is an intergenerational affair. “I suppose it’s in my genes,” says Rob Pallin, a Director of the Paddy Pallin Foundation that bears his father’s name.

“Dad was the first President of the National Parks Association of New South Wales, and was responsible for setting up a number of things like the Bush Club and the River Canoe Club. Our family holidays were always in the bush, so I got to know it really well.” Rob’s wife Nancy shares this same connection to nature too — her father succeeded Rob’s father as the second President of the National Parks Association — around the time her and Rob met as teenagers.

Rob’s father Paddy was also a successful businessman, having started a business making bushwalking equipment in 1930 which grew into a nationwide retail chain. These stores are still owned by the family today, with Rob’s son Tim currently at the helm.

With such a strong family connection to nature, it made sense to use some of the profits from the business to give back to the environment. Rob remembers “The Paddy Pallin Foundation was originally set up by Dad – it wasn’t formal at all, more of just a name that he came up with. Back in the 70s it was very difficult to set up a foundation.”

The Foundation initially focused on getting people out into the bush. It gradually evolved into a grantmaking body with a focus on conservation and advocacy before being formalised in 2007 – although Rob and Nancy often fund projects as individuals.

“We tend to fund projects that will have management outcomes.” This has meant supporting campaigning organisations such as the Nature Conservation Council, National Parks Association and the Environmental Defenders Office. Rob and Nancy also fund a number of post-graduate conservation positions. Nancy, who is a lover of bats, especially flying foxes, supports that area as an individual too.

Rob understands that philanthropy can be a powerful tool to demonstrate solutions which can be scaled up for massive results. Indeed, when Rob, alongside friends, purchased a property on the Illawarra escarpment to put under a Voluntary Conservation Agreement, it marked the beginning of huge changes to how conservation on private land is funded in New South Wales.

At the time, I realised that the government would give a landholder a small amount of money initially for conservation, but there was no ongoing funding.

So, together with the Foundation for National Parks and Wildlife, we set up a small fund to help people with voluntary conservation agreements to do some regeneration and protection work.

Once this project had shown how valuable ongoing conservation work could be, Rob lobbied the government to get involved. “Compared to what we had put in, the government was prepared to put in a massive amount – I think it was $3 million over four years. From that, the government set up the Biodiversity Conservation Trust, which helps people with conservation agreements to look after their property. Convincing government that it was their responsibility to help people when there is conservation on private land was a huge success.” With many years of experience seeing how philanthropy can benefit nature, a commitment to increase their giving and sign up to the AEGN’s The Environmental Giving Pledge seemed like the right thing for Nancy and Rob.

As AEGN members since 2008, Rob and Nancy have continued to grow as philanthropists while maintaining their core focus on nature. In particular, the diversity of ways in which members tackle environmental issues like impact investing has been ‘eye-opening’, although Rob and Nancy, “haven’t really changed direction – just upped the ante where we can,” in terms of their recent environmental giving pledge.

Getting older, we’re in a position where we have a little more money around – and since we live a relatively simple lifestyle, we thought it would be best to bump up our funding.

It is important to try

Rob is also careful to note that he doesn’t expect all campaigns to succeed, which he describes as perhaps the most important takeaway from AEGN membership.

“But it is important to try.”

One of the campaigns that has benefited from Rob and Nancy’s increased funding is the Colong Foundation for Wilderness’s Give a Dam campaign, working to prevent the Warragamba Dam from being raised and flooding 4700 hectares of World Heritage Blue Mountains forest.

After regular updates on the Project Clearinghouse, Rob and Nancy decided to use the funding forum to advertise an explanation night with Give a Dam campaigner Harry Burkitt. With 12 or so attending, interested members heard about the project and its funding needs – resulting in an incredible $120,000 of support.

This collaborative funding has proved invaluable for the ongoing campaign, and although the outcome remains uncertain, Rob has seen the campaign shift the narrative in the media. “During the recent floods of the Hawkesbury area, the main press was from people who Harry from Give a Dam had been working with – flood experts from ANU and UNSW and an ex-head of the SES – who all said that the Warragamba Dam didn’t contribute, and that there are better ways to manage risk.”

“We’re giving it the best dam shot we can!” Rob laughs.

And with Rob and Nancy’s combination of passion for nature and philanthropic experience, that shot is bound to be a good shot indeed. 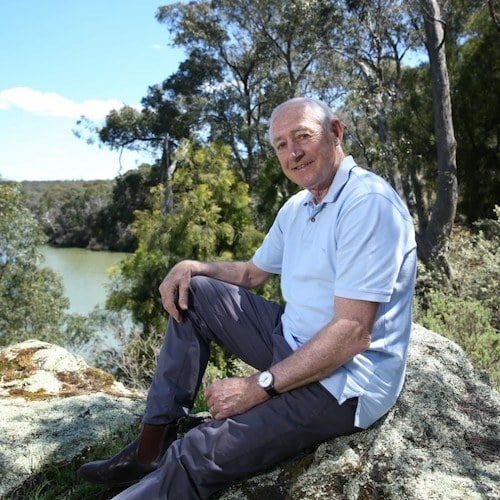 Speaking publicly about his private giving is not something that Sydney-based philanthropist Robert McLean AM particularly relishes, but he recognises the potency and value of doing so.
Read more 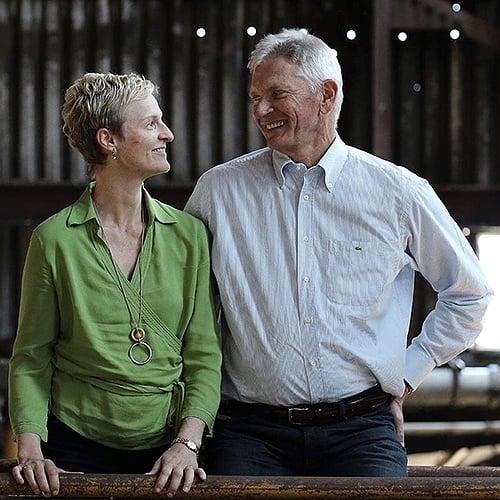