Tagged in
Responding to the bushfires and COVID-19.

The Mullum Trust is a small, Melbourne-based family foundation that directs its philanthropic support exclusively to the environment and climate change.

Since the late 1990s the Trust has lused its funds to support advocacy at many levels, promoting action to deal with climate change, renewable energy, invasive species, habitat protection and more.

Trustee, Sue Mathews, a former board member of AEGN, is heavily involved in the day-to-day work of the Trust and recently shared her thoughts about the impact of the bushfires and COVID-19.

How have you responded to COVID-19 and the bushfires? Are you increasing, decreasing or maintaining your funding levels?

What’s been happening has very much increased the sense of urgency. That was already there, of course, but things have become even more urgent – unfortunately at a time when the income of our trust has dropped.

That’s a real challenge and we’ve been wrestling with whether we’re prepared eat into the corpus to try and seize the current opportunities – in particular  to influence the move towards a more sustainable economy making sure the recovery efforts are built around the idea of reaching net zero emissions by 2050 at the latest.

Personally, I think there’s a strong argument for saying, ‘now is the critical time’, but I do recognise that looking back five years ago that was a critical time too, so I understand both sides and it’s a dilemma.

The Mullum Trust is a small foundation so we have to be very strategic and focused with our giving to make sure we have the maximum impact we can for the resources we put it in. I recently saw the head of the International Energy Agency pointing out that government decisions guide 70 per cent of the world’s spending on energy – that’s why we’ve focussed on policy advocacy, both directly to government and with many other constitutencies.

What are you hearing from environmental grantees about the impact of COVID-19 and the fires?

In some cases it’s ‘Thank goodness for JobKeeper’. Invariably the people I’ve been talking to are finding that they’re even busier than before, which seems a bit bizarre when the media has been full of stories of people looking for new hobbies to fill their time –  but I’m finding it too. I’m trying to keep up with the discussion – there are lots of interesting webinars being organised by different groups. I’ve been particularly focussed on those dealing with the economic recovery.

Quite a few organisations have needed to pivot the work they’ve been doing and that’s particularly true for the organisations we work with who are looking at policy change. We had quite a big project on the go from late last year with the Centre for Policy Development to develop a high impact commission with a goal of socialising the solutions to climate change; there’s been lots of great work on  what we need to do, but it’s not broadly understood in the community. The project was working to distill a lot of that work then get those ideas out via some high profile messengers who can connect with the community. Once COVID-19 hit that process turned into a quick response project in collaboration with ClimateWorks and advised by a number of groups including unions and business. It’s bringing together policy makers from different jurisdictions to try and embed a net zero approach in the massive recovery projects being developed right now..

The West Australian gas projects have been front of mind too. It’s appalling that the Covid Commission is stacked with people from the gas industry when these projects don’t make sense economically if their true costs to the environment are accounted for. From the climate point of view they’re potentially very dangerous – even more so than the Adani coal projects. We need to challenge the idea of ‘natural’ gas as a transition fuel when it is actually accelerating climate change.

Government decisions guide 70 per cent of the world’s spending on energy – that’s why we’ve focussed on policy advocacy, both directly to government and with many other constituencies.

Making the most of our current situation, do you have a recommended book or movie to enjoy in isolation?

We have been watching more TV because there’s been no going out at night, so I’ve been catching up with various series likes Succession, Fleabag and a really interesting one called Giri / Haji which is set in Tokyo and London and is a very curious kind of crime series. It’s live action but has a kind of anime feel so it’s a bit hyper real.

And for books, my big recommendation is The Overstory by Richard Powers. I’ve been giving it to all my friends because it’s a really important book – it’s a great story and at same time you come to understand a lot more about trees and how central they are to a world that humans can live in – so how very important it is to look after them. It’s a very powerful but engaging book – it’s terrific.

One other thing I’ve been missing in lockdown is live music. It’s been  interesting that as time has gone on there have been more live streams of with people performing from their lounge rooms. It’s been really enjoyable – paradoxically you can experience these performances in a much more intimate way. There’ve been some terrific shows streamed from local venues. And I’m a big fan of American performer Jason Isbell, who you could describe as a kind of folk/country Bruce Springsteen. He and his wife Amanda Shires have done quite a bit on line recently. And there was a great tribute to John Prine, another US singer songwriter who died recently of COVID-19. A big loss.

The pandemic has impacted how we live, work and interact with each other. What’s one thing you hope we’ll do differently on the other side of COVID-19?

I hope that we’ll think differently about climate change. We have to ramp up the push to deal with climate change and build on the trust in science that has suddenly become central to both policy makers and everyday people. And I’d like to think we can all learn to take things a bit more slowly – to smell the roses – or rather the gum trees, – as we’ve been doing in our daily walks. Though I fear that’s a bit optimistic! 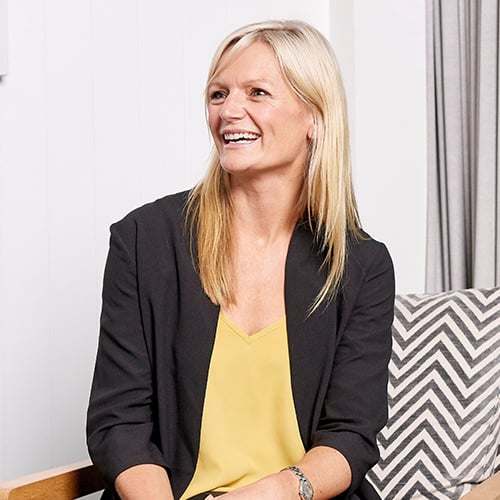