Australia’s wild landscapes, stunning coastline and iconic species sit at the heart of our cultural identity.

Yet our precious natural environment is under threat like never before.

Throughout 2021 many AEGN members have funded the important initiatives that have made a real impact for threatened species and ecosystems across the country. Thank you for the important work that you have made possible.

As the year draws to a close, let’s take a look at the good, bad and sad outcomes for nature across Australia in 2021.

If you are seeking opportunities to fund biodiversity and conservation projects, check out the 40+ projects in the Project Clearinghouse, or get in touch if you would like to discuss them.

The below list is far from complete, if we have missed something, let us know and we will add it, email them to me daisy@aegn.org.au

Western Australia committed to ending native forest logging by 2024. This places Western Australia as Australia’s leading state on ending logging, ahead of Victoria which has committed to doing so by 2030. The announcement will protect 400,000 hectares of forest in one of the most biodiverse regions on the planet. This outcome comes after decades of strategic campaigning by the WA Forest Alliance and other groups, and a wave of targeted philanthropic support by AEGN members. Congratulations to the funders and NGOs involved!

The federal government announced $750 million in funding for Indigenous ranger programs across Australia, including to establish five new ranger groups in the Murray Darling Basin. This funding will support up to 1900 Indigenous people out on country over the next seven years – giving communities certainty to remain on country. More Indigenous rangers means more jobs for Aboriginal people and healthier, more vibrant and biodiverse land and sea for everyone. Anthony Albanese, the leader of the Australian Labor Party, committed to doubling the number of Indigenous rangers by the end of the decade. Congratulations to the many ranger groups around the country, and Country Needs People, who have advocated so strongly for this outcome. Country Needs People participated in our 2021 conference MEGA PROJECT SHOWCASE.

Rangers in Western Australia were given a $50million boost by the state government to expand the ranger program across land and sea country.

New South Wales committed to establish over 200,000 hectares of new national parks in the state’s Far West, an area previously underrepresented in the conservation estate. And in November the NSW Government committed to protect more than 30,000 hectares of the Gardens of Stone, west of the Blue Mountains, which will safeguard the precious landscape from coal mining.

The Western Australian Government released further detail of their 2019 plan to establish five million hectares of new protected areas by 2025. To date over 300,000 hectares have been protected, and several Indigenous Land Use Agreements (ILUAs) have been signed.

Victoria announced the creation of 50,000 hectares of new national parks and conservation reserves in the Central West of the state. Congratulations to the Victorian National Parks Association for their work to advocate the greatest expansion to Victorian’s national parks estate in a decade.

The federal government has failed to overhaul Australia’s federal environmental law, the Environmental Protection and Biodiversity Conservation (EPBC) Act. The government sought to hand environmental approval and assessments to state and territory governments, paving the way for greater environmental destruction. However, the Places you Love Alliance, with the support of many AEGN members, have secured the support from key crossbench senators to halt the change – for now!

More than 140 countries agreed to the Glasgow Leaders’ Declaration on Forests and Land Use, a global pledge to “halt and reverse forest loss and land degradation by 2030“. The agreement covers 90 per cent of the world’s forests. Australia joined the global chorus to end deforestation, which is the first time the Morrison Government has made such an explicit commitment. However, there are concerns that Australia may try to wriggle out of this commitment through creative accounting, rather than phasing out large scale land clearing and logging as the commitment requires.

The Macquarie Marshes, an important wetland system in the Murray Darling Basin, has been spared from a mining company drilling 11 exploration wells for a gold mine after local landowners and the Environmental Defenders Office intervened. The Macquarie Marshes are designated as ‘internationally significant’ under the Ramsar Convention on Wetlands.

Western Australia’s stunning Exmouth Gulf will be protected in the state’s newest marine park. The marine park will protect the fragile area which is home to iconic dugongs, whales and turtles. Congratulations to the Protect Ningaloo campaign which has long advocated for the area’s protection from industrialisation.

Seabed mining has been banned indefinitely in the Northern Territory. Mining the seafloor has devastating impacts for wildlife and seascapes as well as sacred sites. Multiple proposals to mine for manganese has long concerned locals who worry that the Top End’s fragile ecosystems will be permanently damaged by mining.

The Wilderness Society Tasmania represented by the Environmental Defender’s Office won a court battle against a private helicopter development in the Tasmanian World Heritage Area. The proposal, for Lake Malbena in the Walls of Jerusalem National Park, is opposed by environmental groups for having unacceptable impacts on the World Heritage Area. Congratulations to these groups and the AEGN members who have funded this work.

Australia has joined the High Ambition Coalition (HAC) for Nature and People which is an intergovernmental group of 70 countries championing a global deal for nature. The HAC seeks to encourage world leaders to protect at least 30 per cent of world’s land and ocean by 2030.

Investing in women in conservation

Women’s Environmental Leadership Australia (WELA), is Australia’s premier leadership training for women in the environment and climate movement. This year, with the support of AEGN members, WELA established itself as a standalone organisation to support established and emerging environmental leaders. This is an investment in capacity building that will endure for decades to come.

After years of inaction, the NSW Government finalised a plan of management to protect Kosciuszko National Park from damage by feral horses. Under the plan feral horses will be reduced by 80 per cent, giving species like the northern corroboree frog a chance at survival. Congratulations to the Invasive Species Council and supporting AEGN members for this important result.

While all eyes were on the Climate Change COP26 held in Glasgow, it wasn’t the only meeting of world leaders where nature was on the agenda. The Convention on Biological Diversity is the world’s premier agreement for conserving the living world. COP15 set out to decide on the Post-2020 Global Biodiversity Framework, which will lay out the plan to reverse the decline of biodiversity around the world, and the targets each country will need to meet by 2030. The conference was impacted by the COVID-19 pandemic with most of the significant conversations delayed until April and May 2022.

Momentum is growing both in Australia and overseas for nature’s rights to be protected under law. Ecuador is a leader in this space, providing legislative protections for nature since 2008. This year the law was used to halt a mine that threatened nature’s right to exist.

Here in Australia, the Martuwarra Fitzroy River Council, established by six Indigenous nations, is advocating for the Martuwarra to be granted river personhood – an Australian first. This important work featured in the 2021 MEGA PROJECT SHOWCASE.

Meanwhile the UN Human Rights Council recognised the human right to a safe, clean, healthy and sustainable environment for all people. However, according to the Environmental Defenders Office, only three out of eight Australian states and territories have enacted human rights legislation.

Members donated over $5.9 million through the Project Clearinghouse in 2020/21, ensuring 64 projects were able to make a real impact for nature.

The bad and sad

Birds are under threat

Birdlife Australia and Charles Darwin University released The Action Plan for Australian Birds 2020 — a comprehensive assessment of bird populations and threats completed every decade. The Action Plan found that one in six Aussie bird species are now threatened with extinction. Amongst one group of 17 rainforest bird species, there are six million fewer individuals than there were just 10 years ago.

The critically endangered regent honeyeater made global headlines in March when scientists revealed that the striking bird was now so uncommon that its young were learning the songs of other species.

The Australian Federal Government is proposing to do away with Threatened Species Recovery Plans, which outline specific actions required to prevent plant or animal species from becoming extinct. Instead, they propose to replace them with less prescriptive ‘conservation advice’ statements. Advocates are concerned the move will reduce what little protection there is for Australia’s 1900 plants, animals and habitats on the threatened species list, such as the whale shark (at risk from offshore gas in Western Australia), giant kelp forests in Tasmania (threatened by salmon farming), and koalas (at risk from land clearing across Eastern Australia).

Meanwhile the once abundant bogong moth has been placed on the global red list for threatened species after its population crashed by up to 99.5 per cent in just three years.

New research has found that up to 60 per cent of trees in some New South Wales forests that escaped the Black Summer bushfires have died due to drought and heatwaves. This shocking finding points to the many and varied impacts of climate change and implores us to ensure ecosystems like forests are as healthy as possible to maximise their resilience in the face of a changing climate.

The Great Barrier Reef made global headlines this year when it became the first ecosystem to be recommended for ‘in danger’ listing by the World Heritage Committee due to the impacts of climate change. Whilst the Committee eventually withdrew the imminent ‘in danger’ listing due to intense lobbying by Australia, the federal government is far from being off the hook for our poor stewardship of the world’s most iconic reef system. A monitoring mission will visit the Reef in 2022 to assess the health of the Reef and whether Australia is doing enough to protect it. Thank you to the AEGN members who supported the Australian Marine Conservation Society to raise the alarm.

Now is a critical moment to fund projects that protect our natural world. You can join others with a passion for conservation in our monthly nature funder group meeting which will commence again in February 2022. If you would like to join the group contact Daisy Barham on daisy@aegn.org.au

If you are seeking opportunities to fund biodiversity and conservation projects, check out the 40+ projects in the Project Clearinghouse. 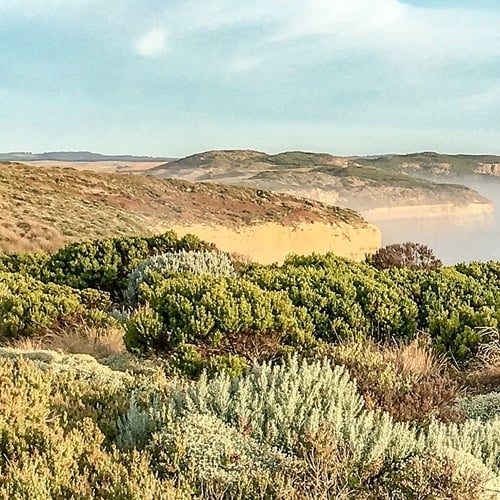 The five-yearly Australia State of Environment Report in 2016 confirmed what scientists in many fields have been telling us: Australia’s…
View detail