Tagged in
Keith and Jeannette Ince are an open, friendly couple with a lively interest in the world around them.

Both raised in Melbourne, they worked in universities (Jeannette) and the corporate world (Keith in investment management and Jeannette in early childhood development and parenting – as a consultant and presenter she was a pioneer in Australian employment policies on work-home balance).

Both are outdoorsy people, Keith being an avid surfer, Jeannette keen on stand-up paddling. Both also enjoy skiing and walking, and they’ve pursued these activities in many places, from Peru to Sardinia and France, often with friends.

Both are outdoorsy people, Keith being an avid surfer, Jeannette keen on stand-up paddling. Both also enjoy skiing and walking, and they’ve pursued these activities in many places, from Peru to Sardinia and France, often with friends. For the last 20 years they have lived at Noosa, a well-knit community which they have found very welcoming. It also has a green Council:

They see a big dichotomy in the citizens of Queensland.

Changes in the natural world

Their outdoor experiences have brought increased awareness of unwelcome changes in the natural world. The plight of the mountain pygmy possum on Mount Buller, is one example; this little animal has nowhere to go when climate warms – there are no higher slopes available. When in France, celebrating their 70th birthdays with children and grandchildren, the Ince’s saw how glaciers had shrunk over the decades in the Chamonix region, where farms, towns and villages are dependent on snow melt for their water – a supply that’s visibly diminishing.

Similarly, while in France with their families they learnt that winemakers of the Burgundy region are in strife with changing climatic conditions threatening their livelihoods. Whilst holidaying in Alaska they observed emerging archaeological discoveries as permafrost melts – but melting permafrost is catastrophic for the planet. And so the effects of our global carbon footprint pop up, here, there and everywhere.

Jeannette and Keith Ince, from the Keith & Jeannette Ince Fund. Another formative experience for Jeannette was a seminar with Tim Flannery in the mid 2000s forecasting more extreme weather patterns, and predicting wildfires, rising sea levels and catastrophic droughts. She was persuaded that 90 per cent of the audience at the time didn’t believe him, but for her it was a wake-up call to act. At the time, Keith was on the Australian Wildlife Conservancy board with Tim Flannery, and likewise found him a compelling presence.

Another key influencer was businessman, philanthropist and good friend, David Thomas AM (also a Noosa resident), who persuaded Keith he should join the AEGN Board in 2016. And finally, they cited their son and grandchildren as an inspiring example of climate advocacy.
The influence of charismatic and committed individuals is a theme in their conversation, a sign of their curiosity and openness to the world.

The Keith and Jeannette Ince Fund was set up in 2011 (as a subfund of the Australian Communities Foundation). Grants are channelled to the environment, naturally, but also to the arts, notably the Queensland Theatre Company which has an active presence encouraging youth in theatrical pursuits, and Indigenous education via Aurora Education Foundation scholarships. Here the Ince’s credit another influential person, Richard Potok, an international lawyer who was involved in the founding of the Aurora Education Foundation.

In making grants to the environment they have supported specifically targeted causes such as the Conservation Ecology Centre in Cape Otway, Victoria, but increasingly they are now supporting bigger-picture programs as well, through the ACMS (Australian Marine Conservation Society), the Environmental Defenders Office and the Australian Wildlife Conservancy. They are clear that the need for philanthropic support is great and growing.

In recent years it has been increasingly obvious that Australia, despite significant international pressure, has not been pulling its weight in emission reductions and action on climate change.

As a result, we decided to significantly increase our giving to selected organisations striving to improve the environment.

Whilst our donations are relatively modest we believe that by supporting and encouraging others we can collectively make a difference to this place we call home.

Both Keith and Jeannette see their involvement with AEGN as a significant step on their philanthropic path, bringing them into contact with many excellent organisations and enterprises they were previously unaware of. Keith is now the chair of AEGN, and there’s no doubt that he, Jeannette and the family, will be a force in environmental philanthropy for many years to come. Agriculture is an essential part of life – without it, we do not eat.
Read more 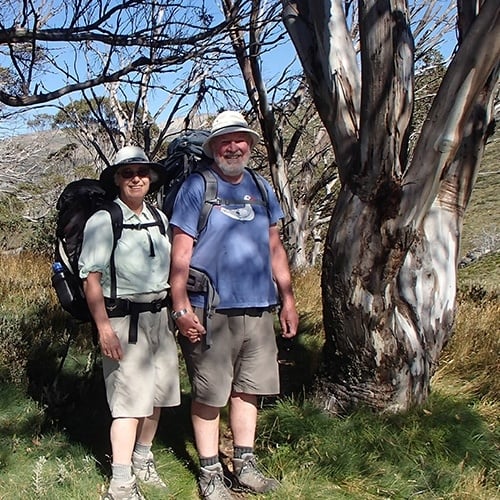