Tagged in
Established in 2014 by Roger Salkeld, his wife Helen and their adult children, FWH Foundation focuses on the environment, education and the arts.

The first thing Roger Salkeld, FWH Foundation stresses when discussing his philanthropic journey is just how much there was to learn: “I was almost overwhelmed with the amount of information, and the range of interests within the environmental grantmaking area.”

Yet having recently made the decision to spend down the foundation, as well as signing up to The Environmental Giving Pledge, it is clear that Roger has learnt quickly and worked hard to harness the power of environmental philanthropy.

A farmer for 40 years, first breeding cattle and sheep in New South Wales and then growing wine in the Adelaide Hills, Roger has spent much of his life surrounded by and working with nature. It was here, seeing the impact of human activity on the land around him, that Roger first started to feel that people needed to change the way they interacted with nature. “My family and I were always attempting to leave the land in better shape than when we started farming.”

After his retirement in 2000 and following an inheritance, Roger, along with his wife Helen and their adult children, made the decision to move from one-off grantmaking to structured philanthropy, founding the FWH Foundation in 2014.

While the FWH Foundation has a number of focus areas, including the environment, Indigenous issues and the arts, all share one common thread: Education.

“Education is a foundational part of our interest. We look at that in a broad sense: If we can work it in to other interests, we try and do that… My problem is I’m interested in everything!” Roger says. “We’re not interested in putting band-aid solutions on things, we’re much more interested in trying to affect structural change.”

One of FWH Foundation’s first projects was to work with OzHarvest to educate consumers and change public attitudes around food waste in South Australia. “We felt that as food producers we could see the sense in changing consumer attitudes to food waste – something which could have a far-reaching impact in the wider community.”

“At that time, OzHarvest in Adelaide had received government funding for a second van for food pickups, but no funding for running costs or van fit out. We committed to grants over three years which enabled the OzHarvest team to spend less time on fundraising and more time on their core purpose. Our funding also enabled them to lease the larger premises which were necessary after the van doubled their capacity to rescue and distribute less than perfect food.”

While support for OzHarvest is a clear follow on from Roger’s career as a farmer, his funding of other projects has come about as a result of a clearer understanding of the environment sector in Australia – something which he credits to his AEGN membership.

Indeed, it was an email after one of the AEGN annual conferences that piqued Roger and Helen’s interest in Indigenous land and sea management.

“We’ve been interested in Indigenous issues as part of our education focus, and it all seemed to fit in.”

“Helen and I attended a small gathering of interested AEGN members in Melbourne, where we heard from several lively members of the Kimberley Land Council women rangers. They told us that although their female Indigenous rangers program had only started in 2010 and it had created a lot of interest from Kimberley women, there was not enough long-term government funding to provide certainty for further recruitment and coordination work.”

“For us, the women ranger programme fitted a number of our funding interests, including education, jobs and empowerment of Aboriginal women, and helping to look after and manage remote land and sea areas.”

“We decided to make a grant of $150,000 over three years so as to give some continuity of funding for a Women Rangers Development Officer, whose job would include facilitating women’s events and exchanges, building workplace and leadership capacity and career pathways and driving the development of a national women rangers network.”

“The women rangers have grown in numbers by 25 per cent in the last two years and they are having annual forums with over 50 women rangers. They are also working with partners in the Northern Territory and Queensland to develop a network across northern Australia, while the program also creates opportunities for women to step up to office based advisory roles and pathways into other professions.”

“There are still many challenges with inadequate and short-term government funding and lack of vehicles, training, and access to resources, so as our final grant is distributed we will consider ongoing assistance.”

…it is encouraging to see how awareness of environmental challenges in the general community has changed.

Commitment to The Environmental Giving Pledge

FWH Foundation’s support for women rangers has made up part of the foundation’s commitment to The Environmental Giving Pledge, as has their support for the AEGN itself. Roger has also made the decision to spend down the foundation over the next ten years, largely due to the urgency for action in so many areas.

According to Roger, the decision was both pragmatic, and driven by frustration at climate inaction.

“Out of my family, I’m the one really driving the foundation – the rest of my family do want to be involved as well, but they’re so busy with their own lives that they find it hard. There are so many issues that need attending to now, that I would rather dive into it and do as much as I can before I die so I can see the benefits.”

“But it’s also so frustrating to see the lack of action on a government level – it costs the rest of us a lot of money!”

Yet Roger maintains a positive outlook.

“Apart from the incredible work at the macro level being done by AEGN members it is encouraging to see how awareness of environmental challenges in the general community has changed.”

“Independents are elected with an environmental agenda; South Australia derives the majority of its power from wind and solar, and this transition continued through a change in leadership; I drive my electric car charged from my solar panels to the community biochar group.”

“Small things in themselves, but things that generate interest and discussion and then action and change. I was a farmer and I am still connected to the land so I am an optimist.” 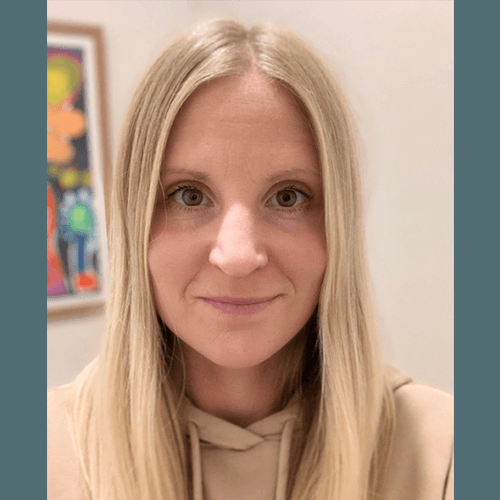 For the PMF Foundation, philanthropy equates to investing in positive change.
Read more 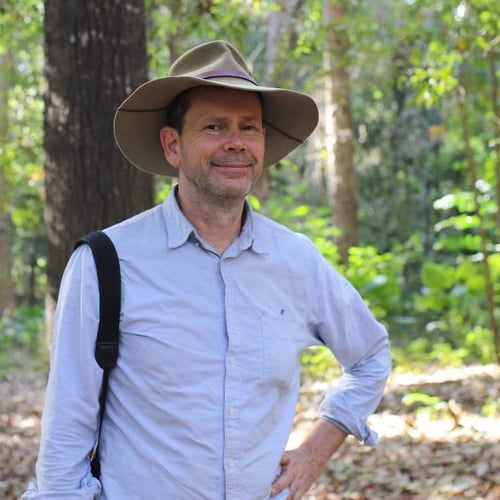 From naturalist to philanthropist with Dr Barry Traill

For more than 30 years, environmental campaigner Dr Barry Traill has been at the forefront of environmental protection in Australia, working as a research ecologist, consultant to industry and advocate.
Read more